The Bills have had a weird few weeks. The emergency game in Detriot was followed by a Thanksgiving spent in the same city – meaning a Thursday afternoon game – and now the Bills have to play another Thursday night game, this time on the road in New England against the Patriots. It has been far from normal, far from settled, and far from easy, with close wins over Cleveland and Detroit seeing the Bills drop from their perch as Super Bowl favorites for the first time in 2022.

Christmas and the end of the NFL regular season are around the corner, and the 8-3 Bills have six games left in a salty division that is one of only two (NFC East), with every team having a winning record. In many ways, this is the perfect time for the Bills to embark on Patriots’ week. 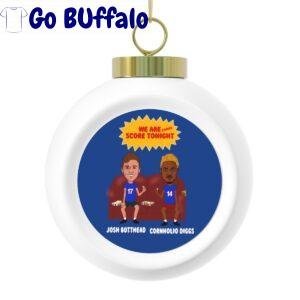 The Bills have owned the Patriots in their last two contests. The historically stingy Bill Belichick defense could not force a single Buffalo punt across 120 minutes of football, and the Bills scored a combined 80 points in the two wins. New England sits at 6-5 heading into this one, in last place in the AFC East, knowing that a loss here would do serious – and perhaps irreversible damage – to their playoff chances. Simply put, it is time for Josh Allen to go off and hit that MVP level of play once again.

This is also a sneaky big game for the Bills. The 8-3 record looks great – it is – but a little digging shows a problem with it. The Bills are 0-2 in the division, a situation that has to be rectified with playoff seedings possibly coming down to tiebreakers in the compact AFC East. The Dolphins look great with Tua, the Jets keep finding a way to win, and nobody would count Belichick’s bunch out. That is why the Bills are in massive need of a win here.

The good news is that Allen loves playing at Gillette Stadium. This is the first of a stretch of three matches in the division for the Bills, so getting this crucial stretch off to a winning start will likely come down to Buffalo’s best player’s arm (and legs). Allen has thrown nine touchdowns to one pick in his last three games at Gillette, passing for at least two touchdowns per contest. I don’t expect this to be massively high scoring, but knowing that Allen has touchdowns in him on the enemy territory is important.

The sickness going around the roster is a definite concern – as is the lack of sack-rushing monster Von Miller – but if the Bills want to be taken seriously as a squad with designs on the Lombardi, then this is one they have to win. This is especially true if the Bills want to avoid heading to Arrowhead in the playoffs, with the Chiefs rolling and a soft schedule laying out for them the rest of the way.

END_OF_DOCUMENT_TOKEN_TO_BE_REPLACED

Buffalo Bills face the Dirty Birds and Nyets for back-to-back AFC EAST Titles and No. 3 seed in playoffs

Well, this is it. Two games against subpar opponents (looking at you, Jacksonville) to lock up a second consecutive AFC EAST titl...