It feels bizarre to say this about the team that is still the favorite to win the Super Bowl with Vegas, but the Buffalo Bills have been a little underwhelming over the last month. The Bills are still in the driver’s seat to be the No. 1 seed in the AFC – their win over the Kansas City Chiefs in Week 6 gives them that te-breaker – but it feels like their offense will have to step it up over the last few weeks of the regular season, especially with a contest against the red hot Cincinnati Bengals in Week 17 looming large on the remaining schedule. 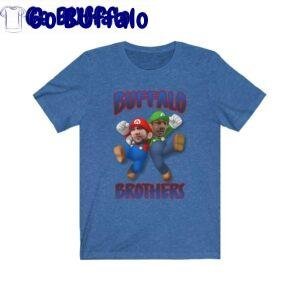 Josh Allen Can Be Better

It isn’t easy to pinpoint exactly how it is going wrong for the Bills. Some would argue that it isn’t going wrong at all – the Bills have won four in a row after back-to-back losses to the New York Jets and Minnesota Vikings in early November – but, from the outside at least, it doesn’t feel like things are clicking now in the same way that they were earlier in the season.

The Bills, at their best, overwhelm teams with their firepower. Josh Allen has targets he trusts, targets that can break games wide open, and he balances that passing attack out with his feet and the running game. Notably, the Bills regisned the previously retired Cole Beasley. Beasley – when activated – will immediately give the team an old hand in the slot that Allen can use to convert the mid-range third downs that have proven problematic this season. In that regard, signing Beasley made much more sense than Odell Beckham, a player that is more of an outside receiver and who, by his own admission, isn’t yet healthy enough to contribute.

The offensive line could be the root of the issue. Allen started this season on fire, averaging almost 360 yards (combined) per game and 21 touchdowns in Buffalo’s first seven games. In the last six, Allen is down to 280 yards and 11 touchdowns. The sack numbers are important. In that first stretch, there were 11 sacks, but that number has increased to 17 in the last six games. Allen is a player that will take more chances than most because of his nobility, but the offensive line has to find a way to keep their protection for longer.

The Bills are still a dominant team. Even when the offense has been a little off, they have a defense to lean on that is playing as well as any in the league. Just wait until Allen turns the screw and takes his own level of play up a notch in the postseason.