In a weird way, it took Josh Allen not being Josh Allen for the Bills to take care of the New England Patriots in Foxborough last Thursday. We all know that “Big Play Josh” can do it all on the football field with his arms and/or his legs, but the way the Patriots play meant that Allen had to dial back, be less gunslinger, and be more game manager. This is a role that Allen enjoys less, but the feeling of winning as a Buffalo player in New England will never get old. 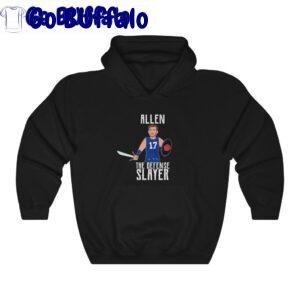 The Patriots want you to make mistakes. Even at the pomp when Bill Belichick had Tom Brady and Gronk on offense, they beat teams by playing smarter – and safer – football. We all know that Allen has a live arm, one of the best in the league, that can thread a needle on a rope from 30 yards. The Pats know this too, so they did what they do best, setting traps with the coverages to try to get Allen to force something long that they could intercept.

Instead, Allen fought back with a short passing game. He used check-downs to lethal effect, causing the New England Defenms to be on the field for over 38 minutes of the 60-minute game. There are many analogies for this, but with the world Cup being on, we will look at Spanish soccer and how their tiki-taka possession approach demoralized the opposition team as they never touch the ball. Allen’s tiki-taka quarterback style was too much for the Pats to handle because he adapted not to make the mistake they craved.

Add to this a running game that carried its share of the load – the Bills rushed more than they passed with their 37 rushes going for 132 yards – and you have a game plan that Buffalo can lean on later in the season too. Getting into a shootout with Patrick Mahomes and the Chiefs or Joe Burrow and the Bengels can be a disaster if those quarterbacks are having monster games. If the Bills can use this type of offense – while maybe springing in just a little more dynamic downfield passing from Allen – it feels like that could be a recipe for success.

After the weekend events – namely, the Bengals being the Chiefs – Allen and the Bills are once again Super Bowl favorites. The ability of this offense to evolve depending on the opponent – and the work of Allen and offensive coordinator Ken Dorsey to figure out how to attack those opponents in the passing game – will be vital for that Super Bowl run.