To say that Josh Allen and the Buffalo Bills are dealing with a unique set of circumstances this week doesn’t even get close to describing what is happening in the city. Thankfully, the recent updates on the health of Damar Hamlin have been positive, something that we might not have expected after his cardiac arrest during the Bills Sunday night tilt against the Cincinnati Bengals.

With that in mind, and with Hamlin continually in our thoughts, the Bills are currently in preparation for their Week 18 game against the New England Patriots in Buffalo. 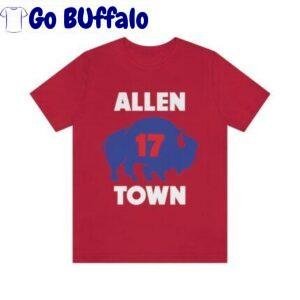 The Bills appear to be practicing as if the game on Sunday will go ahead. Wednesday was a walk-through – players trying to get back to some form of comfort on the field – but Thursday was expected to be full go. The result of Week 17 is still up in the air, but this matchup with New England has playoff implications for both teams, regardless of the result determined from the Bills previous game.

With that in mind, the injury status of Allen is a concern. He has shoulder and ankle injuries per the Buffalo injury report, a problem for a quarterback that is at his best when able to use either his throwing prowess or his running skills depending on the situation presented to him on the field.

Allen proved again what a great leader he is over the past few days as both an on and off-field presence. The elbow, however, has been a concern since Allen was first listed with it on the injury report in Week 10. While he has started every game this season, there have been moments where Allen hasn’t looked as in control of his throws as we are used to. He is powering through – he and the Bills have been at their best ion end of half and end-of-game situations – but it is something that certainly bears paying attention to this weekend against a Patriots team that is in a win and in situation in Week 18.